Putting Batteries to the Test

Part 1: Testing in the Packaging Industry

Out of This World: A Look at Tenney's History with the Space Industry 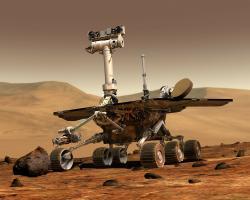 This month celebrates the history of the space industry with the annual World Space Week, which runs from October 4th to the 10th. As the largest space event on Earth, World Space Week celebrates the contributions space science and technology have made “to the betterment of the human condition.” Tenney is proud of its long history with the space industry and we are excited to see what the future brings.

The Early Years of Space Exploration

The theme for 2019 is “The Moon: Gateway to the Stars.” This year marks the 50th anniversary of Apollo 11 and the first human step on the moon. In the decades since that historic “giant leap for mankind,” human activity in space has produced a number of social benefits that improved the quality of life on Earth. Designed to study the environment of space and test the capability of equipment to orbit the Earth, early satellites ultimately provided critical information for the future development of satellite telecommunications, global position satellites (GPS), and advanced weather forecasting. Those early trips to space improved our understanding of the universe, expanded our knowledge of our solar system, and ignited the quest for new scientific and technological advancements that now benefit humankind.

Many of the ideas brought to NASA in those early days were by entrepreneurs solving everyday problems in manufacturing. Dwight Tenney spent his early years perfecting the manufacture of bakery equipment and mastering the art of controlling temperature and humidity, for example, skills that eventually led him to work with the space program. At the onset of World War II, the United States government called on Tenney to manufacture test chambers capable of simulating specific temperature, humidity and pressure environments for use by the military. Years later, the U.S. government turned to Tenney to manufacture space simulators with high precision and complexity for use in the Gemini and Apollo missions. Astronaut John Glenn prepared for space travel in a space simulator built by Tenney.

The Future of Space Travel

Today, there are more than 8700 objects have been launched into space, according to the Online Index of Objects Launched into Outer Space, maintained by the United Nations Office for Outer Space Affairs (UNOOSA). Some of these launches include fuel and supplies deliveries to the International Space Station, defense satellites, and a wide variety of scientific applications. Driven largely by the public sector so far, each launch and mission advances aerospace technology.

While the public sector will continue its foray into aerospace technology, the private sector is getting ready to launch into space travel. A number of private companies hope to make space travel a luxury excursion for consumers and transport people to Mars within our lifetime. Just as scientists did in the early days of the moon shot, today’s engineers plan to go further than ever before by developing innovative solutions to problems that plague both astronauts and earth-dwelling humans.

Today, Tenney continues its close association with the aerospace industry. The Tenney Vacuum Space Test Chamber simulates altitude and the pressure conditions of space. A thermal test chamber can also validate a product’s ability to hold up and function under the rapid temperature changes associated with takeoff and landing. Air temperature drops about 3.5 degrees Fahrenheit for every 1,000 feet of height, and dramatic changes in air temperature bring dramatic changes in humidity and air pressure. Altitude testing and other testing with space simulation chambers help aerospace manufacturers ensure their components can withstand the rigors of space travel.

The accomplishments of the space industry show that almost anything is possible with enough ingenuity, drive and determination. This year, Tenney celebrates its long history with the space industry and the innovative role the company will continue to play as humans travel faster and further than ever before. To learn more about Tenney Environmental products visit our website www.tenney.com. For more information like the above follow us on Facebook and LinkedIn.